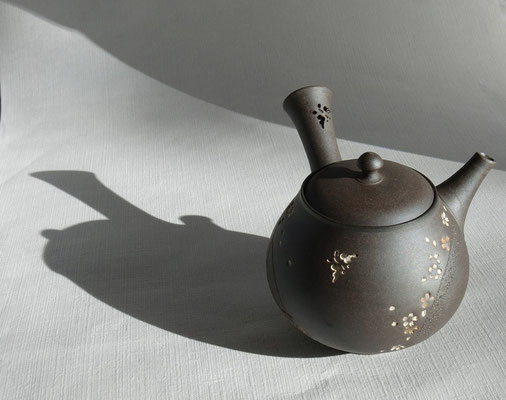 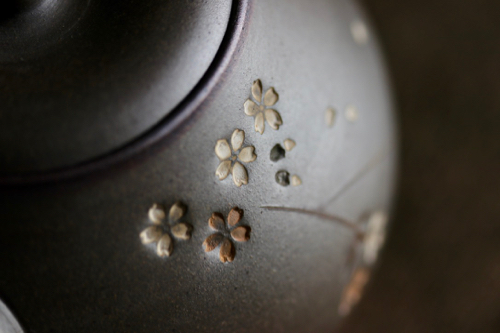 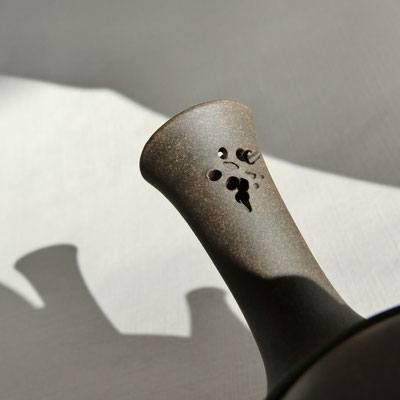 The light brown kyusu adorned with dainty golden cherry blossoms and butterflies accented in, which gives it a strong presence. The teapot is called "yakishime" style, an unglazed earthenware fired at a high temperature. Charming, feminine touch with rounded shape.

Master Seiho has incorporated two butterflies into his design: one elegantly incused and painted on the side of the pot, the other skillfully carved into the handle. The wings of the butterfly on the handle are completely hollowing out though the clay while the body is simply impressed, demonstrating Seiho’s high leveled skill as a craftsman.

On the side, a pattern portraying the spring breeze is decorated by a traditional technique called NUNOME (布目). This pattern is created by impressing fabric onto the clay.

This elaborate teapot by Tokoname's master Seiho Tsuzuki is really popular worldwide. Now his yakishime items charm his fans. If you are searching for a teapot of exceptional first-class quality, this would certainly be ideal.

The impressed decoration of butterflies and flower petals are manually created with a hand-carved stamp tool made of soft paste porcelain which gives a firm impression. This decoration technique called INKA (印花).

Seihô marked design onto the damp clay, and then, the design elements are carefully painted before the teapot is fired.

3) A special feature of the Tokoname production of the Kyusu is precisely fitting lid.

4) The Kyusu has a built-in ceramic strainer, made in the Tokoname tradition.

5) For 260 ml in volume, the perfect size for brewing a cup of tea, making it a perfect gift. 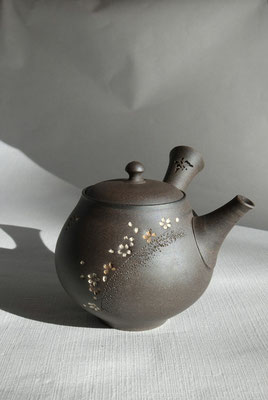 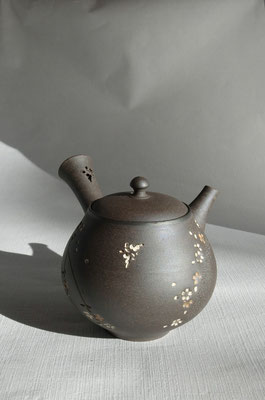 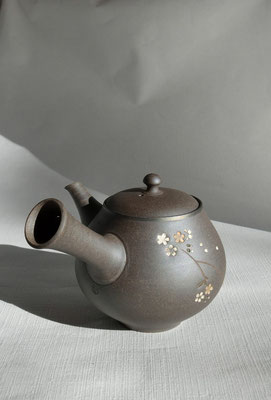 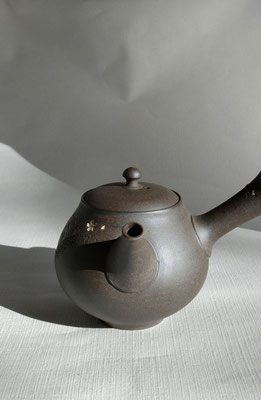 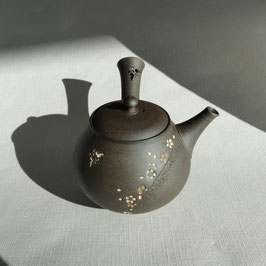 Seihoh Tsukiji was born in 1944 in Tokoname, Aichi prefecture and is a member of the Japan Crafts Association. His elegant and artful works are sustained, and he spares no effort with his high level traditional techniques and his original techniques.

He established his own kiln in 1964 and has won the multiple awards for his ceramic work pieces. He is one of the leading authorities in the Tokoname Yaki industry. His son, Yutaka Tsuzuki apprenticed under him and is also a well-respected potter.

Seiho has garnered recognition for his work in a number of ways:

Presented with the Traditional Crafts Industry