Said to have originated in Nara in the 7th century, raden is the decorative craft created by setting iridescent parts of seashells like abalone, turban shells, and pearl oysters, which are shaved very thinly, into lacquerware. Ra means a spiral shell and den means to decorate.

The marvelous examples can be seen at the Shoso-in Treasure House in Nara as national treasures.

The seashell used for raden is classified as either thin or thick. Thin shell pieces are obtained by rubbing with a whetstone or simmering and peeling off the shell surface. They are no more than 0.1 millimeter in thickness. Gold or silver can also be applied to the reverse side of the shell so that it seems to glow from within.

Thick shell pieces are made by rubbing seashells flat with a whetstone, and approximately one millimeter thick. The special beauty of raden comes from the contrast between the jewel-like luster of seashells and the deep tones of the lacquer.

The seashell is cut into about 0.1mm of thin strips with sword and needles, then combined together to create luminous landscapes, birds and flowers. This graceful and elegant design is a typical technique of the Takaoka Lacquerware and were designated by the country as a traditional craft in 1975.

Pieces of the shell are cut out with a blade.

Japanese lacquer is applied to the reverse side of the shell and manually affixed to the piece.

Another coat of lacquer is applied and the piece is polished down to expose the shell. Coat lacquer many times with brush.

The piece is further decorated with maki-e gold powder, the surface is burnished, and it is complete.

Raden Glass, produced in 2012, is an Amanoshikki original: no other company combines mother-of-pearl inlay with lacquer and glass.

Raden technique is usually applied to wooden materials such as Buddhist altars, tableware, and traditional Japanese ornaments but "raden glass" literally applies raden to glass. The clarity and rigidity of the glass materials give the lacquer a clear image and highlight the rainbow-like shell. The pattern of the mother-of-pearl, reflected on the glass surface, and emerges in the poured sake.

The shimmering with the fluctuation of the liquid is really fantastic. Though a bit more pricey than typical glassware, these are sure to be as treasured in the future as they have in the past. 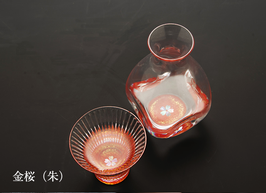 Sake decanter and cup set with Raden works, an artistic design that combines JAPAN lacquer and glass.
Shells in cherry blossom motif are pasted manually, and applied them to the outside of the glass-bottom which are coated the Japanese lacquer.

The sake decanter has dents that fits nicely onto the palm of your hand and also will bring out the flavor of your alcohol. When sake or spirit is poured, the liquid reflects on the glass and its brightness spreads out like a kaleidoscope.

-Please note that each piece is handmade individually, so the color and design may differ slightly from the photos.

Amanoshikki (Amano lacquerware) Co., Ltd. was founded by Tatsujiro Amano in 1892 at Takaoka in Toyama Prefecture - an area famous for mother of pearl, Raden, inlay and Takaoka shikki (Lacquerware).

While manufacturing traditional lacquerware, they are focusing on kitchenware and interior decorations that match the modern lifestyle, based on the traditional techniques cultivated over many years. 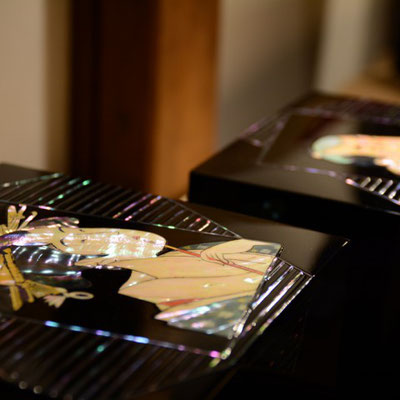 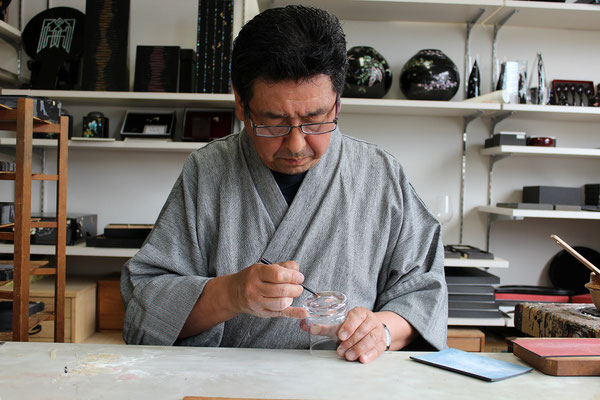 Shaping delicate fragments of abalone seashell, the Amano designers create exquisite motifs of flowers, branches, birds, hills or rivers that highlight the natural iridescence and hues of the seashell. 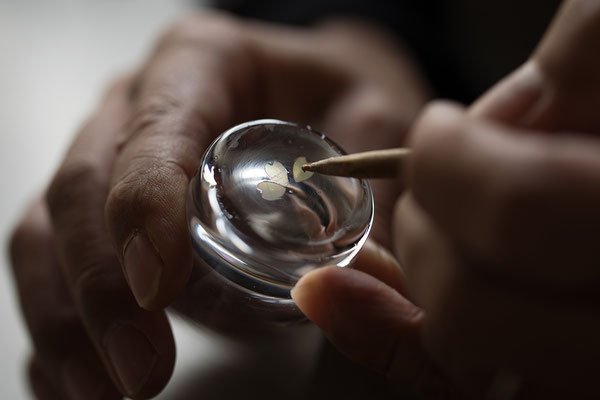 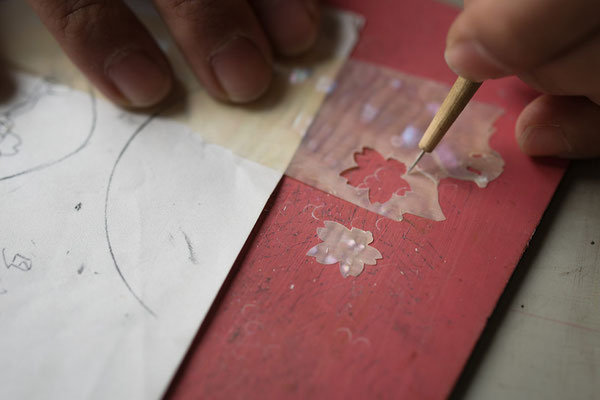 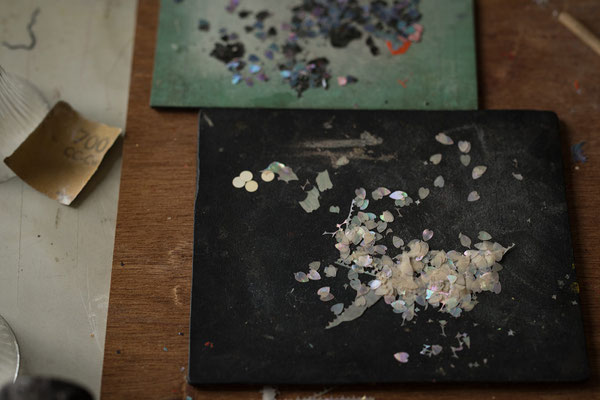 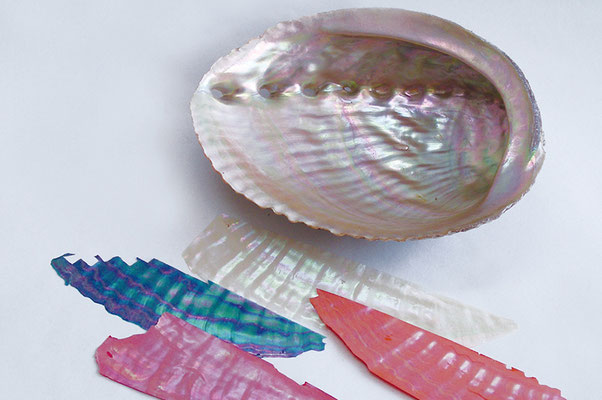