The cherry blossom season passes in a blink of an eye, but the scent of Somei-Yoshino cherry are trapped in the incense. Savor the joy of spring time, when young and old alike feel the allure of the outdoors, with the sweet, gentle scent of cherry blossoms.

A lovely natural cherry blossom twig is tied into the packaging.

In a wooden Box

The fragrance is soft and gentle, expresses the feeling of light pink petals dancing in the spring breeze.

Cultivated during the Edo Period in Tokyo, the Somei Yoshino is by far the most numerous cherry tree in Japan. Blooming before their green leaves even appear, these five-petaled cherry blossoms come with slightly pink, almost white. The name somei yoshino comes from a village market that existed during the late Edo era, where it is said that these flowers were first sold.

They can be seen throughout Japan, first blooming in late March in Kyushu and Shikoku, continuing with blooms that can be seen in early April in Tokyo, and as late as April in northern areas such as Aomori. 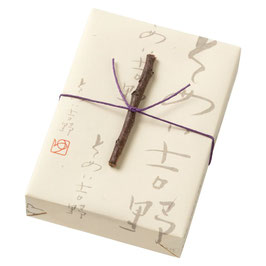 Please ensure careful and safe use.

You You Ang (悠々庵) comes from the Japanese words, “youyou-jiteki (悠々自適)” which means to act naturally without any restraints and to live with a relaxed feeling. It is for those who wish to take little of time to enjoy a moment with yourself, or to share with loved ones, with the belief that incense, “Makes time to clean your heart”. This incense series is for meditation, relaxation, and to uplift your spirit.

You You Ang’s incense continues to be produced in the birthplace of incense, Awaji Island.