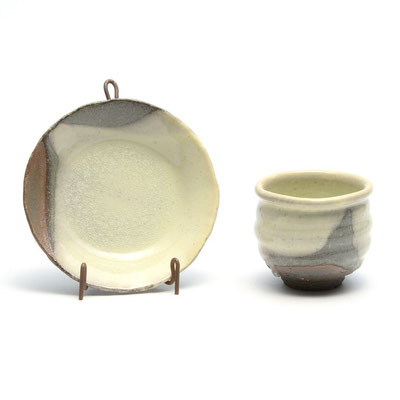 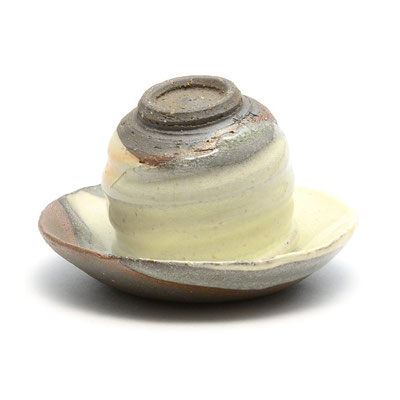 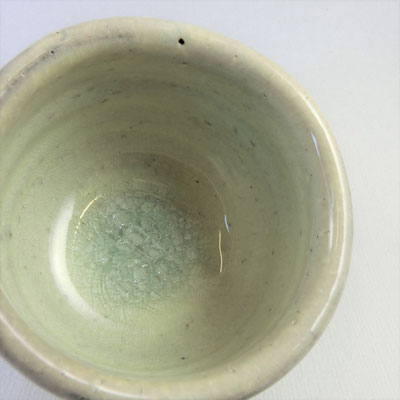 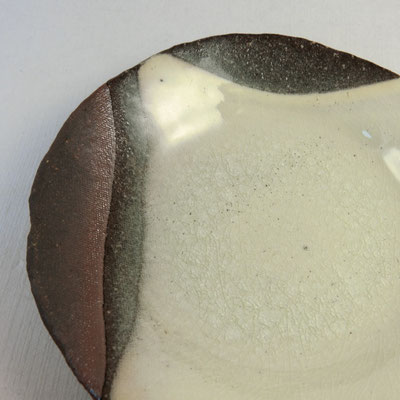 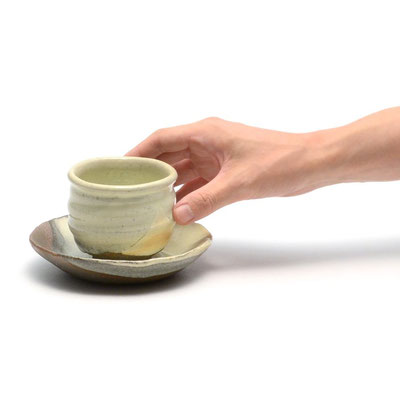 The elegant cup and saucer made from dark clay is decorated with a combination of different colored glazes ("kakewake" technique), which creates an attractive decorative effect. The surface has a beautiful bluish glaze that is as smooth as crystal and makes an interesting match with the Shigaraki clay texture. This is a piece of traditional Shigaraki ware produced by the Hechimon from Shiga prefecture.

The cup has a capacity of 200 ml and has no handle, so it can be used for multiple purposes. The saucer is impressive in itself and fits perfectly with the cup.

The pieces are intricately handmade in Shigaraki on the potter's wheel. In places, delicate color gradients, any shading, small glaze tears, irregularities or speckles, might be possible. The pieces are all slightly different from each other because the result depends on the firing and some shades occur randomly. 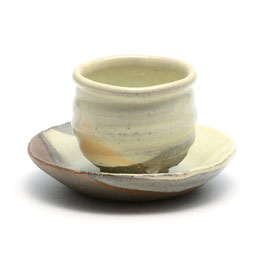 * This product is not microwave-safe.

The item is handmade and each piece has its own unique character and may have slightly different sizes, shapes and color variations. We thank you for your understanding of the handicrafts.