Crystal-glazed Arita porcelain yunomi tea cup exerts a special fascination on the viewer. The surface shows sparkling inclusions in the form of ice flowers. It enchants with shimmering crystals that change depending on the incidence of light and always offer new facets.

Crystals form in ceramics during the firing process of a glaze. They only form in the final firing phase, when the glaze slowly begins to cool, and solidify in the glaze as it cools.

*A pair of Yunomi teacups, large and small, in a wooden box. 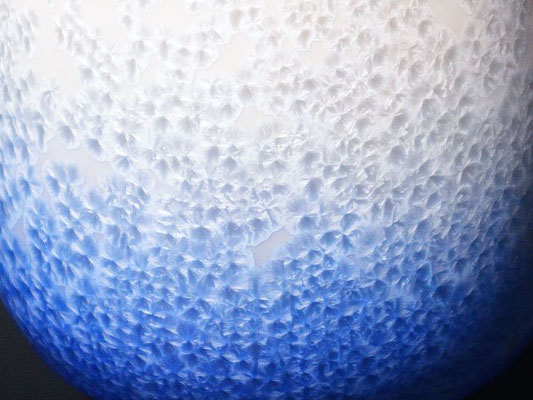 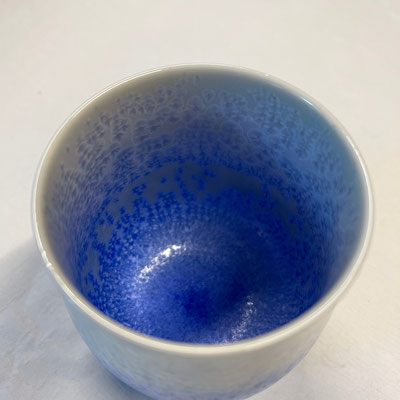 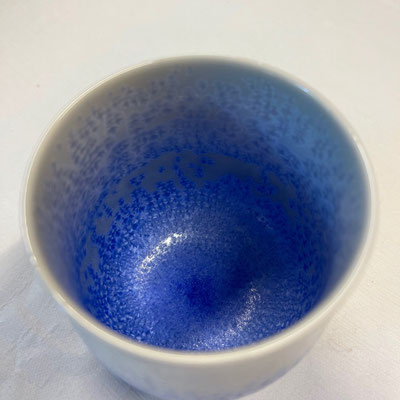 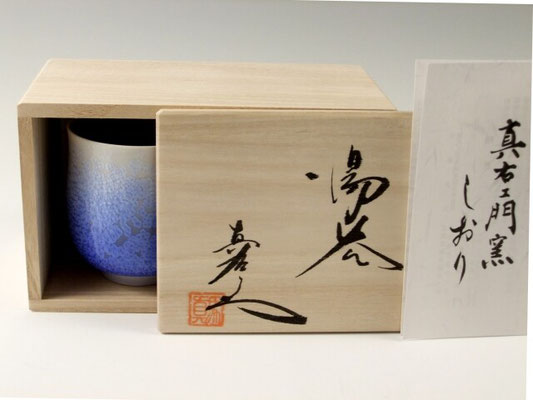 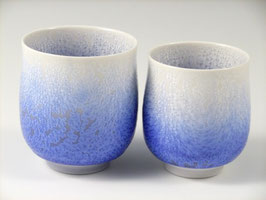 Individually handcrafted by potter and unique in design. Dimensions and color may vary slightly due to being handcrafted. We thank you for your understanding of the handicrafts.

- Not suitable for dishwasher and microwave oven.

Arita porcelain is the name for Japanese porcelain wares made in the town of Arita. Arita Porcelain roots date back to 1616 when Sanpei Lee discovered porcelain stones in the Arita region and began production of the first Arita porcelain pieces. They were exported to Europe extensively between the second half of the 17th century and the first half of the 18th century. The craftsmanship, production, drawing techniques, and unique designs with 400 years of history, continues to make Arita porcelain number one in Japan.

In 1972, Shinemon I, born Shinichiro, started the Shinemon Kiln, aspiring to create large-sized ceramics, which was uncommon at the time. At the beginning, he applied sometsuke technique to his large ceramics, 2 to 3 feet in height, drawing patterns in deep-blue underglaze on a white background. His focus, however, gradually shifted to yohen technique, where unexpected colours and patterns emerge in the course of firing, depending on the chemical composition of the glaze. His encounter with cinnabar, in particular, would have a tremendous effect on the future of the Shinemon Kiln.

Today, the Shinemon Kiln mainly creates yohen ware, using glazes such as ruby-red cinnabar and crystal glaze, and, with the slogan of “brilliance of form, amazing effect of glaze,” boasts its yusai technique with layers of different glazes fusing together to create beautiful gradation of colours.