- Take ‘on the rocks’ a step further than normal! -

270 ml glass for whisky, cocktails, and 90 ml smaller glass as a sake or shot glass.

The artisanal glass showcases a Japan's most highest mountain "Fuji" in the base. It’s designed in extreme detail, to look as realistic as possible. The Mt. Fuji reflects the color of whatever you're drinking, and offering a unique visual experience.

All Mt. Fuji glasses are handmade by skilled craftsmen by Tajima Glass in Japan. Each glass is also part of Tajima's "Edo Glass" range, manually blown with a blowpipe and shaped for one by one, adding to the traditional feel.

Suitable for whisky, wine, shōchu, as well as milk, iced tea, fruits juice and any other drinks. Enjoy a drink in a luxurious glass overlooking a world heritage site Mt. Fuji, the sacred mountain of Japan.

* Made from lead-free handmade glass.

* Comes in a stylish wooden box ready for gift giving.

🔸 Elaborate 3D modeling design "from base to top"

What's amazing is the precise modeling of the Mt. Fuji. You can get a panoramic view of the faithful replica Mt. Fuji from the top to the bottom!

This mountain part is molded by the "mould-blowing" technique using a special mold, and the irregular mountain surface is also realistically reproduced. The entire mountain shape, from the base of the mountain to the depiction of the snow on the mountaintop, it is expressed as accurately as possible.

↓↓↓accurately and faithfully reproduced from any angle！ 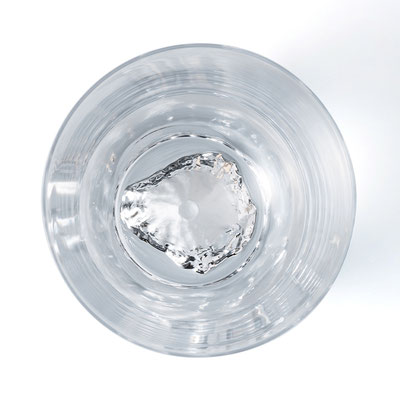 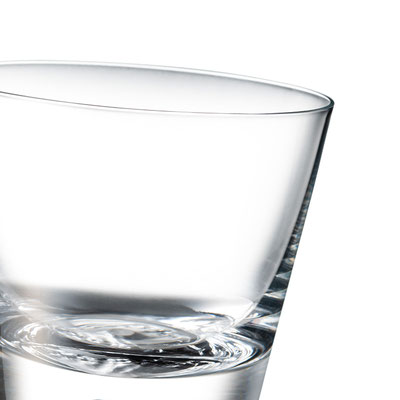 "Edo glass" is a general term for glass products that are handcrafted using traditional glass manufacturing methods originating in the Edo period. Its popularity began in Edo (Tokyo) in the early 18th century  by the production of daily necessities such as mirrors, wind chimes, eyeglasses and ornamental hair accessories Kanzashi.

In the manufacturing process of Edo glass, the glass is melted at a high temperature of about 1400 ℃ until it becomes like honey, and then it is formed using traditional hand-blown-glass techniques such as "free-blowing", "mould-blowing" and "pressing".

Edo glass received multiple official awards due to its uniqueness and exquisite crafts. In 2002, it was designated as a traditional craft by the Tokyo Metropolitan Government, and as a national craft by the Ministry of Economy, Trade and Industry in 2014.

Edokiriko, which has the same prefix as "Edo", is a cut glass made by Edo glass.

Outstanding of transparency, and the smoothness.

The moderate weight of the glass gives it a sense of gravity and makes you feel that it is a special gem of a glass. 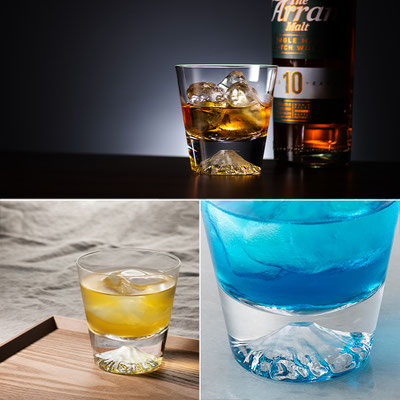 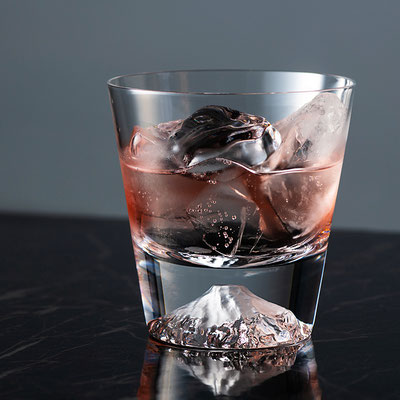 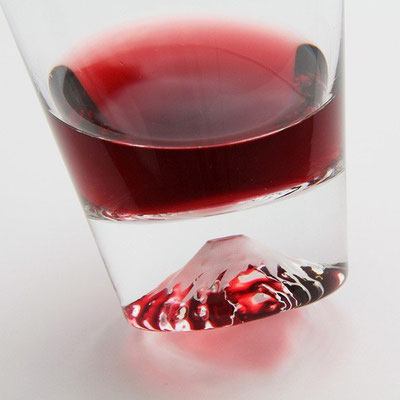 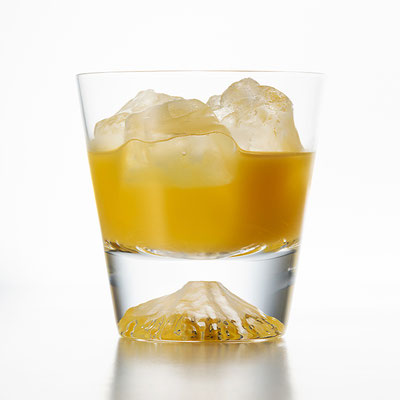 * Fuji glass is awarded the Grand Prize and JTA Director's Award at the Souvenir Grand Prix 2015. 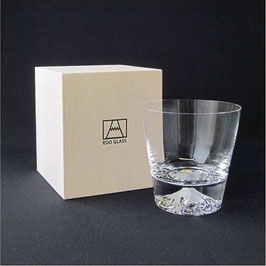 * Microwave oven and dishwasher not safe.

* Do not put boiling water.

* As the glass is handmade, each size and pattern may vary slightly. 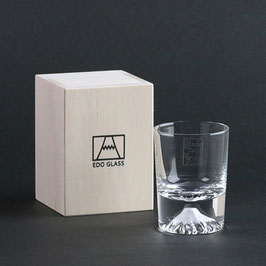 * Microwave oven and dishwasher not safe.

* Do not put boiling water.

* As the glass is handmade, each size and pattern may vary slightly.

Tajima Glass was founded in 1956 as a glass tableware manufacturer. The current factory was established in 1962, where glass products have been made by hand for over half a century.

Located in Edogawa Ward, the hot workshop of Tajima Glass (田島硝子) is famous for its production of "Edo Glass". Edo cut glass is made by sealing base glass with colored glass, which is then cut into intricate patterns.