Edo-kiriko is a traditional cut glass originating in Edo (the former name of Tokyo) toward the end of the Edo Period (1603-1868). “Kiriko” means “faceted” in Japanese, and refers to the multitude of decorative patterns that are engraved on the surface of the glass using grindstones and other tools. Using only rough outlines as guides, artisans carve the detailed but accurate lines freehand.

By cutting patterns into the outside surface with different type of grinding wheels, a vivid contrast is created between the colored glass and the transparent glass. 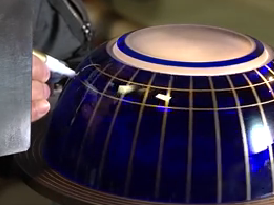 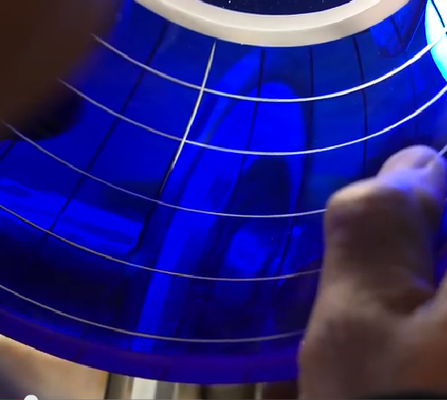 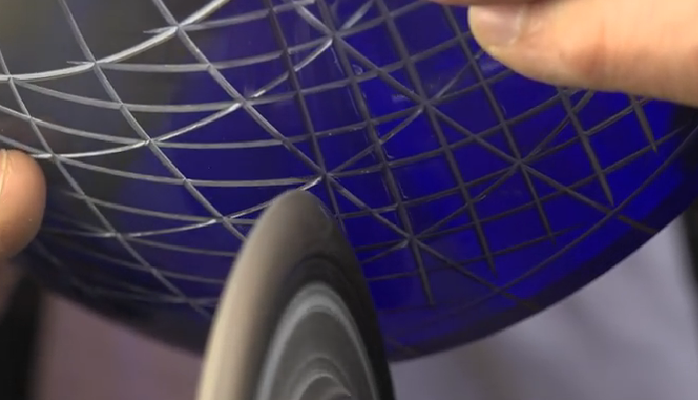 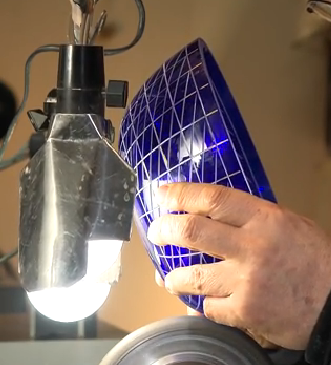 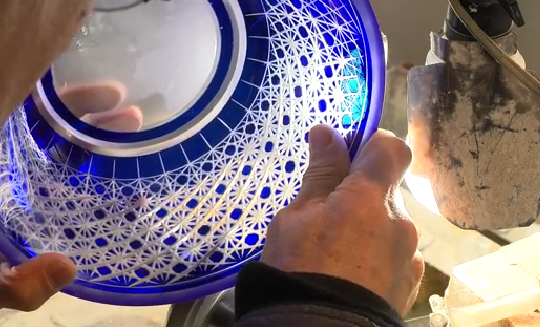 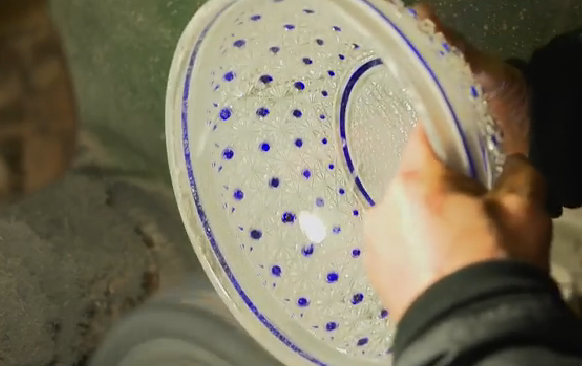 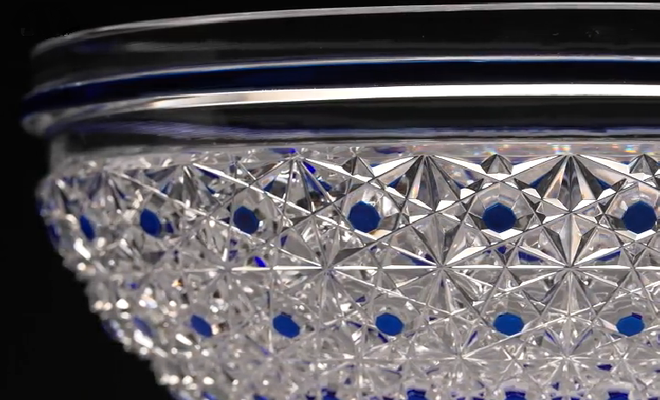 There are five steps to making Edo-Kiriko glass:

1. Sketches:
Only simple grid lines are marked out to provide a framework that the artisan uses to sketch the design.

Relying on these fine marks and lines, the delicate patterns of Edo kiriko are created with the artisan’s expertise and skills.

2. Rough cutting of thicker lines:
The surface of the glass is cut using a sand paste coated metal disc rotating at high speed. The clear pattern border lines and the

rough patterns are etched little by little. The thickness and depth of the etched lines and their balance rely upon the artisan’s years

of experience as there are no detailed sketches.

3. Finer cutting of intricate designs:
Apply finer grain emery powder or a different disc to obtain a more detailed pattern of cutting. This is the last etching stage to

complete the patterns so it requires careful work so as not to leave any powder residue and to ensure a brilliant finish.

4. Smoothing:
Smooth out the surface of the design using a grinding wheel.

5. Polishing and buffing the surface of the entire glass:
This is the final stage of production. Polishing up to obtain a glittering finish. To complete the final polishing, a cloth buffing disc

brings out the sparkle and shine of the meticulously cut glass facets and marks the end of the creation of Edo kiriko.


As above, artisans carve the detailed using only rough outlines as guides and accurate lines freehand. They engrave subtly varies the size of the tiny parts of patterns. It is hard to tell the difference, but herein lies the secret of the exquisite pattern. They are absolutely in a world where 0.1 millimeter matters a lot. And such skill has been noticed that Edo-Kiriko wine glasses have being selected by the government as gifts to world leaders at the Group of Eight summit in Hokkaido in 2008 and for foreign dignitaries on other occasions.

Edo kiriko is considered to have begun in 1834 in the late Edo period (1603-1868), when Kyubei KAGAYA, the owner of a glass wholesale firm in Edo, first tried to design a glass using emery powders.

The city of Edo is the largest producer of glassware in Japan since back in the day. Because silica stones as a material of glassware were transported by boat from Tohoku region to Edo. Therefore, Kiriko glass workshops spread the area along the Arakawa river.

During the Meiji period (1868-1912), as part of the government's policy of promoting the Japanese industry, a modern glass factory was constructed in Shinagawa.

Now, this 180-year-old Edo-kiriko glass is designated by the Japanese government as the traditional craftwork. It is very popular both in Japan and abroad as a gift symbolizing Japanese culture.

THERE ARE TWO REGION  PRODUCING "KIIRIKO"

by the Japanese government in 2002.

Kiriko has another well-known variant called "Satsuma-Kiriko", which originated in

In contrast to Edo-Kiriko, which has been inherited for over 180 years, production of Satsuma-Kiriko was suspended by the death of the lord of Satsuma and the Anglo-Satsuma War in 1863.  Satsuma kiliko was called "Phantom-Kiriko", however after long pause, it was restored in 1985 and make a rapidly regained popularity.