This finely crafted kyusu teapot is hand made by master Gyokko from natural clay on the potter's wheel.

The lid and body of the teapot have a fine cutting pattern called "biri". This pattern is also known as the "tobikanna" (tobi = spring or bouncing, and kanna = carving blade), which is trimmed by bouncing the edge of a carving knife at regular intervals while rotating the kyusu on a potter's wheel.

Capacity of about 220 ml for one to two person, and ideal to enjoy noble green tea. 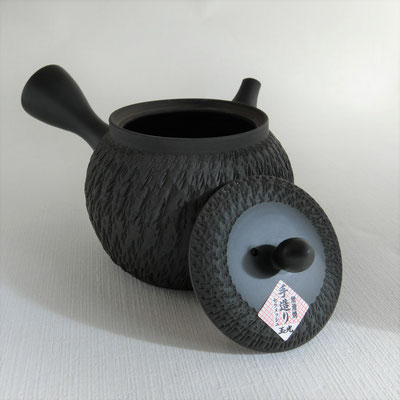 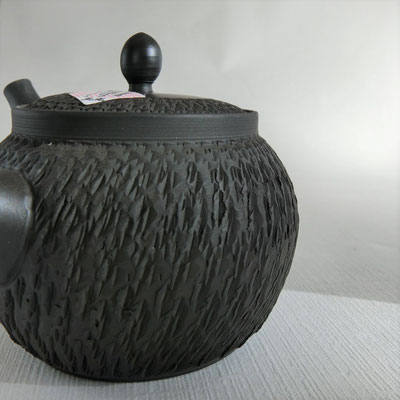 The "biri" is achieved by a small carving blade that trimmed pattern into the surface while wheeling. 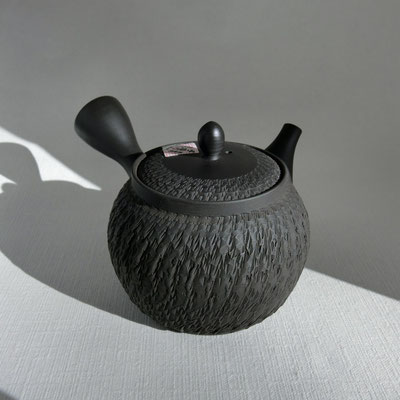 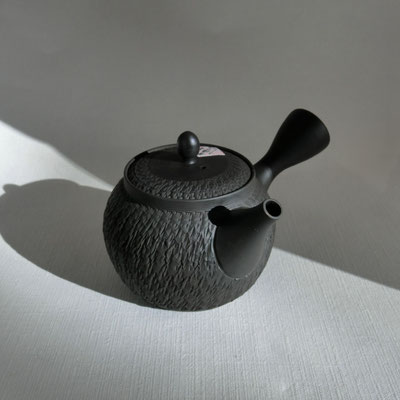 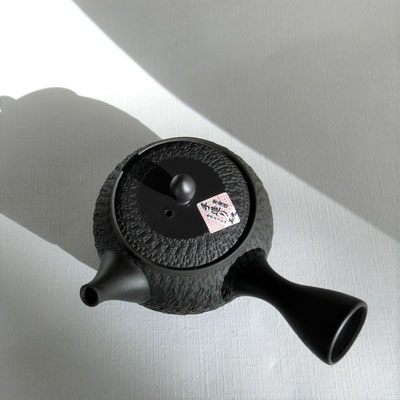 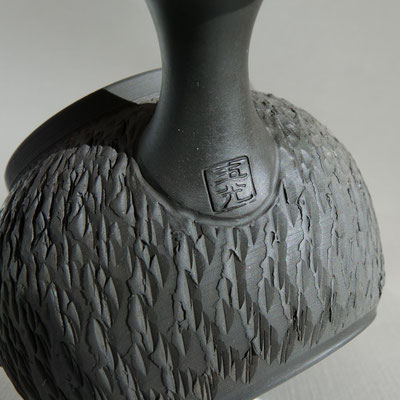 3) The balanced proportions. "BIRI", a trimmed decoration adds the kyusu an impresses with the exciting appearance.

4) For 220 ml in volume, the perfect size for brewing a cup of tea, making it a perfect gift. 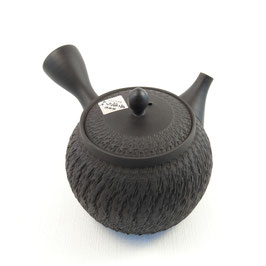