Each of our matcha utensils combines style with function and is essential for the preparation of ceremonial grade matcha.

［ All ITEMS IN THIS PAGE ］ 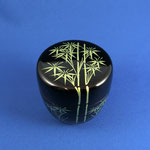 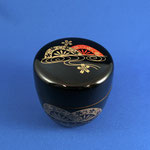 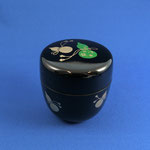 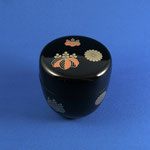 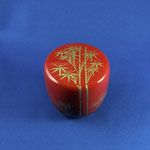 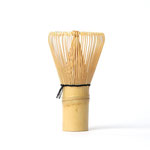 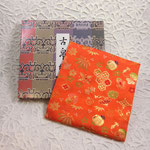 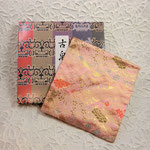 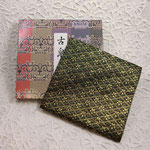 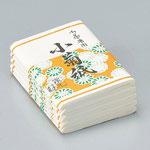 Green tea powder is usually kept in small lacquered boxes called "Natsume (棗)", or ceramic container for only thick tea called "Chaire (茶入れ)". The Tea Caddy is one of basic tool for a tea ceremony.

NATSUME is available in a variety of materials, including plastic, artificial wood, and natural wood, as well as in basic lacquer-painting for practice, and luxurious maki-e style with gold powder, which is a collector's item. As with all teaware, the price range is very wide. Normally, the Natsume is decorated with a predetermined classic pattern, such as flowers, holding fans, waves, family crests and floating raft. 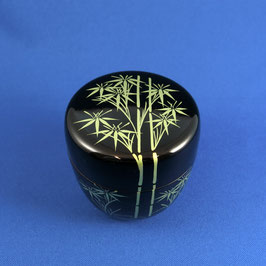 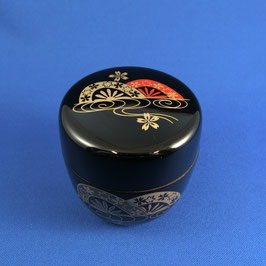 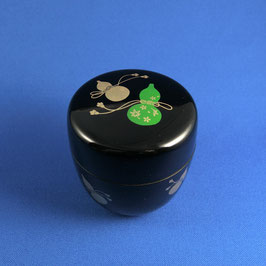 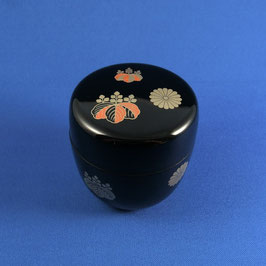 Traditional Matcha set would not be complete without a Chashaku.

Original Japanese bamboo scoop “Chashaku”, which elegant shape is specifically designed to measure the correct amount of matcha powder and transfer it to a tea bowl. We believe the scoop accomplishes the task far better than a teaspoon and is therefore an essential utensil for the preparation of ceremonial grade matcha.

One chashaku scoopful of matcha powder equates to roughly 1 gram. Two scoopfuls equate to a standard serving amount for Usucha style brewing. Most standard chashaku are made of white bamboo. Design-wise, they are made of one narrow piece carved along the vertical growth of the bamboo. True tea masters in Japan are known to carve it their own. The chashaku is a work of art and enhances your Matcha experience. 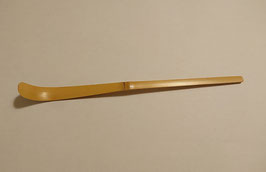 Chashaku, a classic flat matcha spoon made of bamboo. Special shape for the perfect dosage of matcha powder. Handcrafted in Nara Prefecture.

*Dimensions may vary slightly due to being handcrafted.

Bamboo tea whisk, formally known as chasen, is one of the most important utensils you will need for making matcha. By tradition, it is hand crafted from a single piece of bamboo, and will have around 100 prongs. These prongs are soft and pliable when wet.

The matcha should be whisked in a zig-zag motion, avoiding contact with the bowl, to ensure the powder is mixed and that a consistent lather is created. There are various types of chasen available, with key differences being the number of prongs & size of the chasen.  More expensive chasens are often smoke treated (darker color) and these are used in traditional tea ceremonies. Generally speaking, and for everyday use, a basic chasen will be perfect.

How long will it last?

The life of a chasen is fairly short. In the traditional tea ceremony, it is recommended to use a new chasen on each time! This is based on the proverb of Ichigoichie (一期一会), which means that only one opportunity exists for one meeting. However, for casual tea drinkers like ourselves, it is much more economical to reuse. But when it is time to finally retire your whisk?
Once the prongs start showing signs of damage is usually a good indication that your chasen needs replaced.

The chasen will show signs of wear and tear. The chasenk in the left has never been used, the one on the center has been used only a few times, and the one on the right has been heavily used. (*It’s important to note that the picture illustrates the typical image of a whisk damages.)

To increase the life of your chasen:

● Before first use, soak in warm water.
● Check your chasen prior to each use for broken or damaged prongs.
● Clean it after each use (no detergent), just whisk in warm water or run under the tap.
● Allow your chasen to dry on a chasen holder or rest upside down to prevent mold. - - - - ->

* The plastic case coming with product is just for delivery tool before use. Do not keep a damp Chasen in the case after being washed. (*A damp Chasen can attract mold growth.) 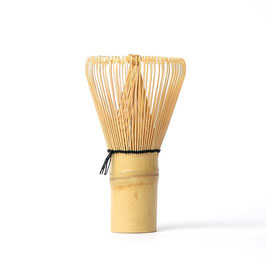 The most basic shape of bamboo whisk for the preparation of matcha. Hand crafted, out of one bamboo piece, split into 100 prongs.

*Dimensions and weight may vary slightly due to being handcrafted.

With repeated use, a bamboo whisk will naturally lose its curved shape. This ceramic stand known as "Kuse-Naoshi くせ直し" or "Chasen-Tate 茶筅立て" is ideal for keeping your bamboo tea whisk in its original curved shape and helping prevent mold.
We highly recommend you using the tea whisk holder for maintenance to extend its life.

👈 After draining off the excess water from your bamboo whisk, place it on the whisk holder.

Its structure is similar to that of the cloth called Fukusa, but unlike it, it is generally more rich and thick brocaded and patterned fabric. It is used for the symbolic cleansing of the tea scoop and tea caddy, and to handle hot kettle or pot lids. If wearing kimono, you carry tucking it into the Obi-belt of the Kimono.

The kobukusa is sometimes used by guests to protect the Matcha bowl whilst appreciating it. Depending on the school, the host may put one out with the tea. By tradition, there are different colors, for men (usually purple) and women (orange or red), for people of different ages or skill levels, for different ceremonies and for different schools. 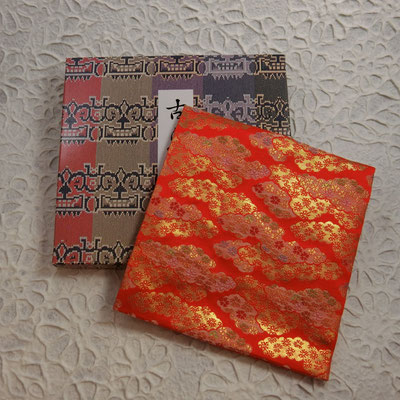 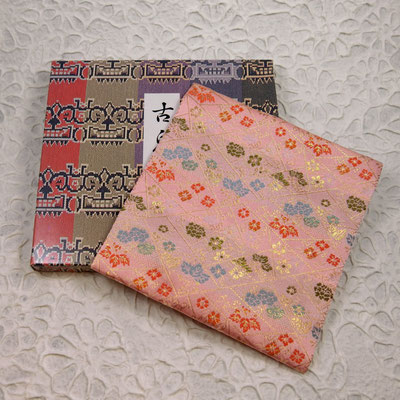 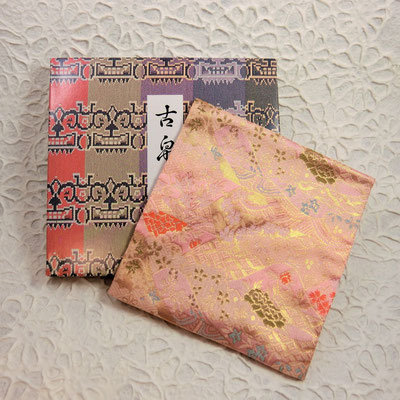 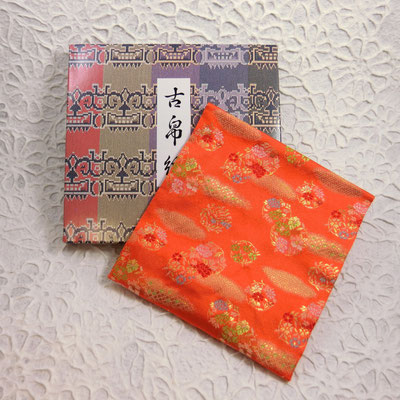 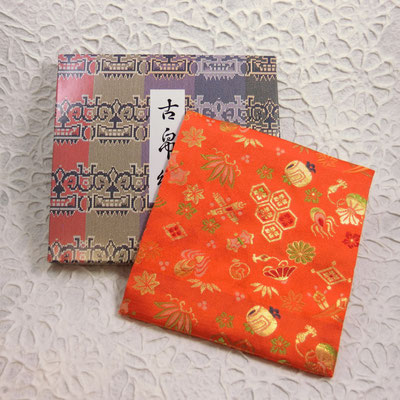 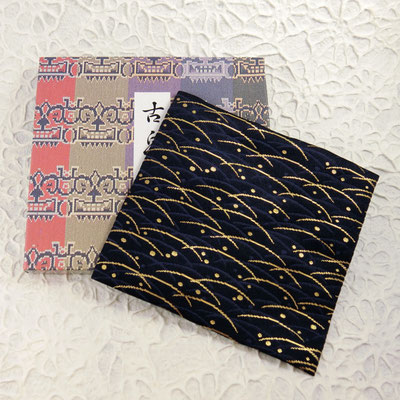 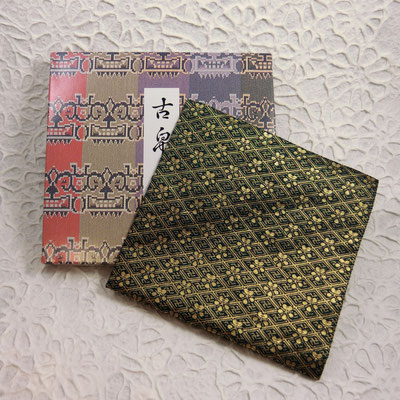 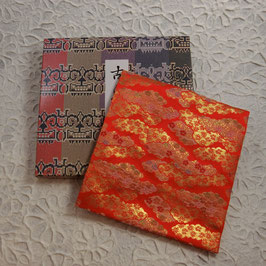 Original Japanese kobukusa made from synthetic silk for use at tea ceremony. Or, it's ideal as a decoration mat for matchawan. Imported directly from famous textile manufacturers in Japan.

Kaishi is Japanese paper that is used during the tea ceremony for placing sweets on and wiping one's fingers. It is normally carried folded and tucked into the front of one's Kimono

Some of higher quality kaishi has subtly printed with a translucent pine, bamboo, and plum blossom design in each paper.

The tradition of Kaishi is still used in tea ceremonies and for Japanese food.

Japanese people have used it for a long time, however it became less important as our clothes shifted from kimono to Western style clothes. People don’t usually carry it today, but it’s still very important in tea ceremony and traditional Japanese food. It is used as a handkerchief to wipe your mouth or used as a plate when eating something moist. Using kaishi looks so elegant and smart. 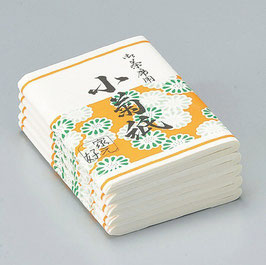 Kaishi, a folded piece of paper for serving sweets at the tea ceremony.

A slip pocket type holder for carrying kaishi paper. It is made of colorful washi paper and comes with a fork (YOUJI) for sweets. 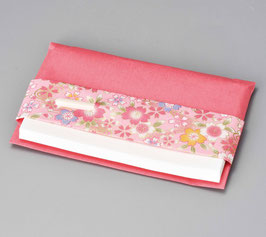