The traditional red mud teapot with beautiful linework across the surface is made by hand from natural clay by the famed Studio Gyokko in Tokoname (Aichi prefecture). The tradition of craftsmanship and the extremely careful production method makes this Kyusu an ideal model for everyone from beginners to connoisseurs of fine-quality Japanese green teas. 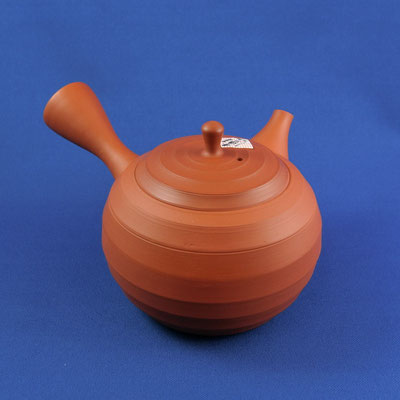 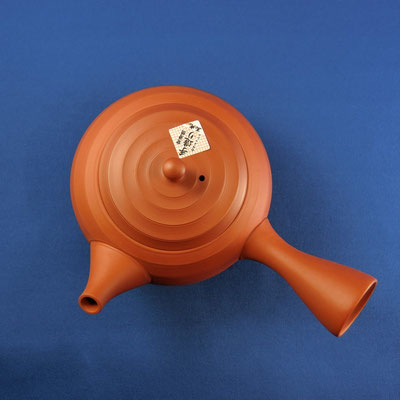 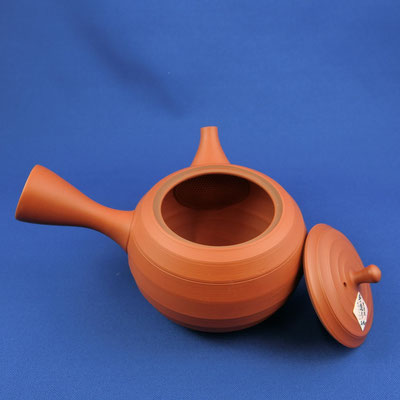 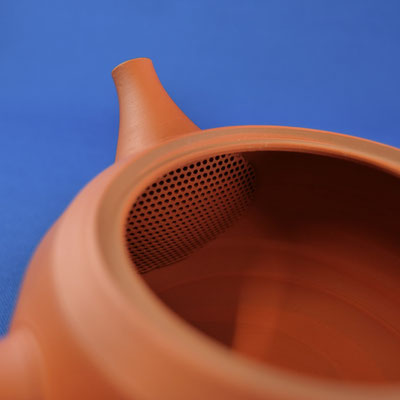 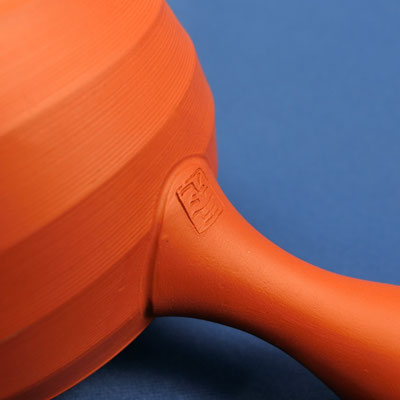 2) A special feature of the production of the Kyusu is precisely fitting lid.

3) The Kyusu has a built-in ceramic strainer, made in the Tokoname-yaki tradition.

4) A stepped line pattern on the entire surface.

5) For 280ml in volume, the perfect size for brewing a cup of tea, making it a perfect gift. 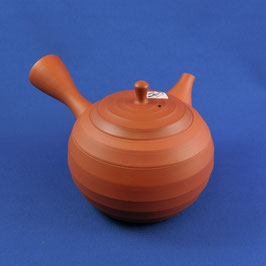