An anthracite colored, round teapot handmade by the famed Studio Hōryū (宝龍) in Tokoname (Aichi prefecture). The name of "Kokudei (黒泥)" describes its dark color. Utilizes a traditional technique called matsukawa 松皮 - literally "pine bark" - to create the bark like texture on the surface.

This kyusu is made from a red natural clay (Japanese: Shudei 朱泥) which particularly enriched with natural iron-oxide. After the red clay kyusu fired once, it takes further reductive firing process with charcoal or straw to get dark color. The opening of the kyusu is thinly shaved to produce a vermilion line, which is an elegant accent of this kyusu.

4) For 350 ml in volume, the perfect size for brewing a cup of tea, making it a perfect gift. 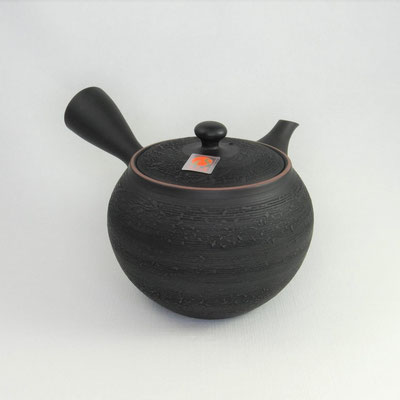 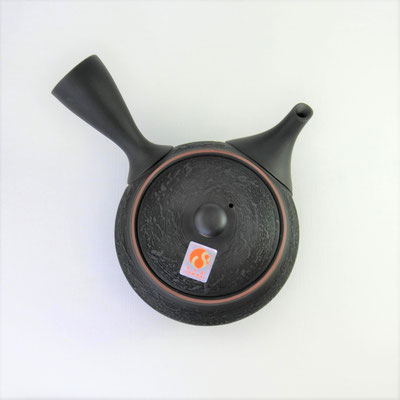 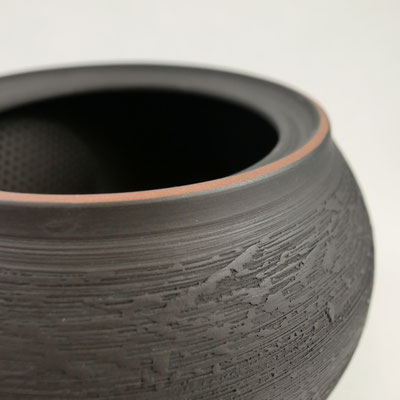 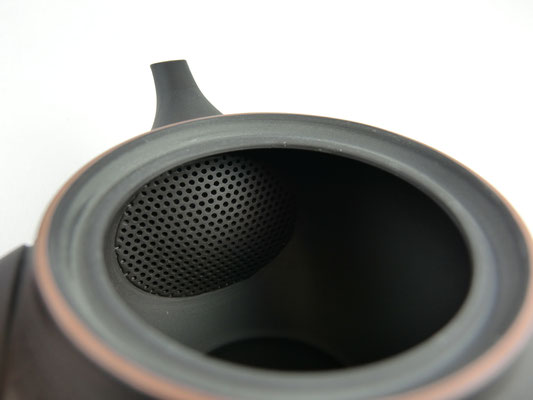 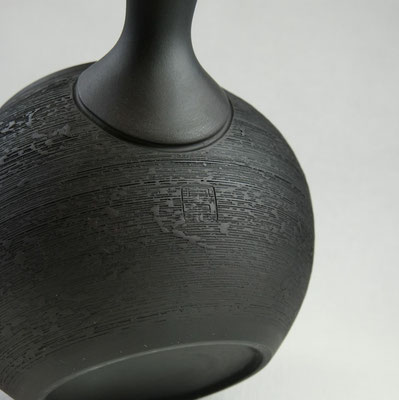 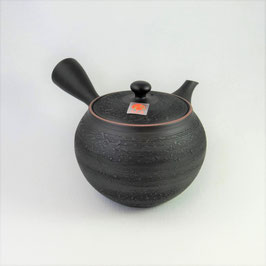