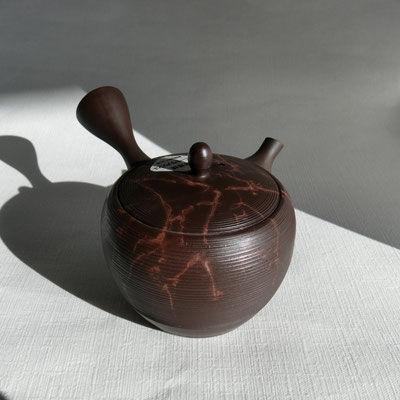 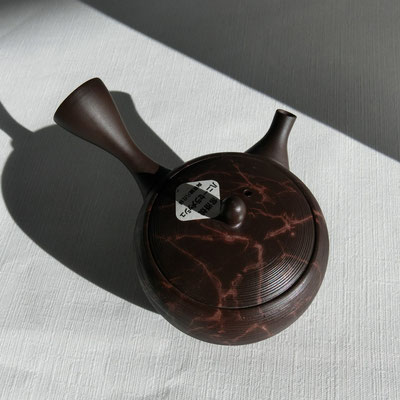 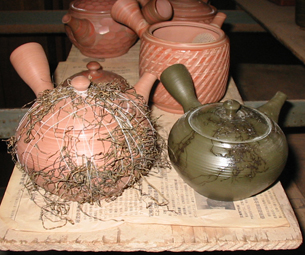 This kyusu is created through a three-firing process. After the first firing, seaweed is wrapped on the body and lid, then the second firing takes place. The third firing was done to get a brown color.

The distinctive pattern is created with the MOGAKE technique, developed in the 19th century. MO means seaweed and GAKE means wrapping in Japanese. As the name suggests, this Kyusu is fired in the kiln while wrapped with seaweed. During the firing, the minerals in the seaweed and clay underwent an oxidation reaction that "formed" a unique pattern on the surface. This is the one of traditional methods that has been uniquely developed in the pottery producing area facing the sea like Tokoname.

In additon to mogake, it is finished off with beautiful linework called "SENSUJI". SENSUJI means thousand lines in Japanese. It requires a high skill to create the precise line patterns on the round surface while turning the potter's wheel.

On the left is a kyusu with seaweed wrapped around the unglazed one. On the right is a kyusu fired in a kiln. Incidentally, you can see that the size of the kyusu has become much smaller. This is a highly limited technique that never produces the same pattern.

2) A special feature of the production of the Kyusu is precisely fitting lid.

3) The Kyusu has a built-in ceramic strainer, made in the Tokoname-yaki tradition.

4) A stepped line pattern on the entire surface.

5) For 280ml in volume, the perfect size for brewing a cup of tea, making it a perfect gift.

* It is said that any astringency and bitterness found in Japanese green teas are adjusted by the reaction of the iron contained in  Tokoname ware's red mud with the tannin of the tea, resulting in a delicious and mellow taste. 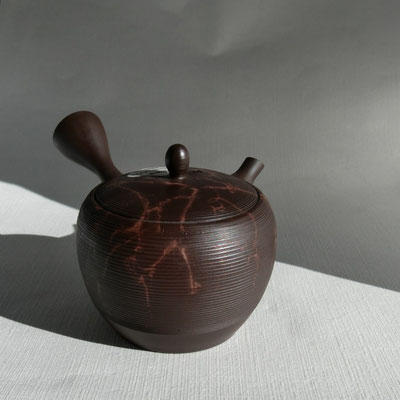 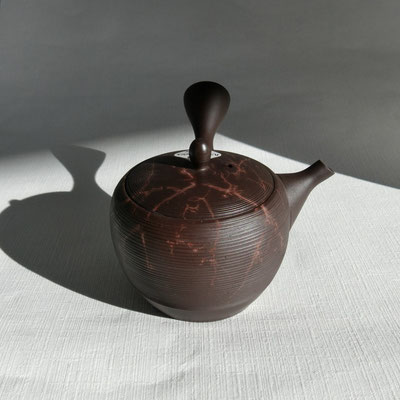 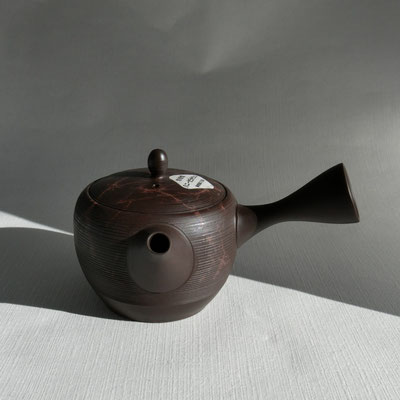 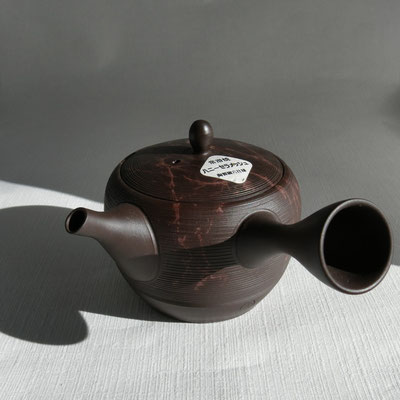 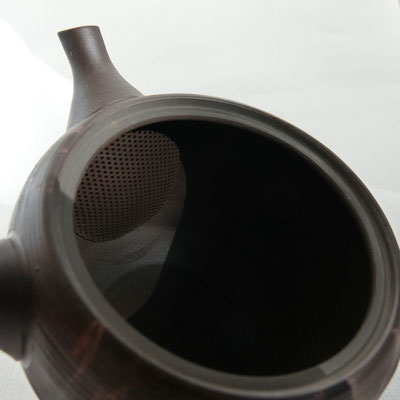 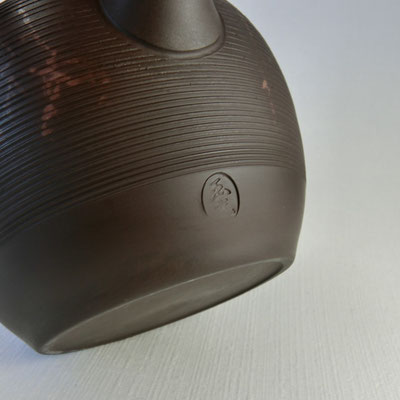 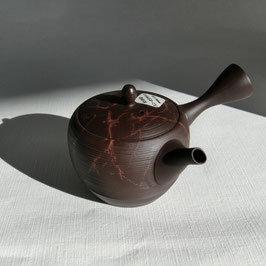